If Only They Knew Then

Remember just a week or two into the 2014 NFL Season everyone was knocking Tom Brady and so quick to call him a has-been? 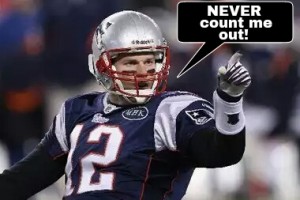 Yea, well how do you like them apples now?

I’m not quite sure what you’re doing at the moment, but I’m en route to the largest sporting event of the year – and by far, one of the best matchups in Super Bowl history. 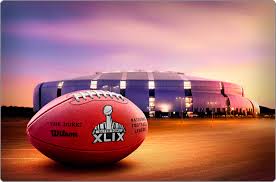 That’s right – TifDiP will be in Phoenix for Super Bowl XLIX.

It’s the only word I can think of to appropriately describe not only the Super Bowl XLIX game, but the entire weekend in all.

Ladies and gentlemen, we are about to witness one of the greatest games of all Super Bowls and all you’re hearing still is this Deflategate nonsense. Is that the best we can do, Mr. Media Men?

Where is the Belichick vs Carroll hype? You’ve got not only two of the greatest coaches in the sport of football, but two coaches that probably know each other better than any other two coaches in the league. If you don’t know the history between Bill Belichick (Patriots Head Coach) and Pete Carroll (Seahawks Head Coach), you should definitely open up your Google search and get on that! 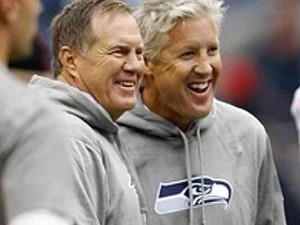 Where is the Brady-Belichick hype? This Super Bowl will be the completion of Tom Brady’s 12th season with the New England Patriots; and while we all want to believe the almighty Brady will never retire, we also know that’s far from reality. But the other reality we’ve got to keep in mind that this could possibly be a final Super Bowl appearance by the dynamic duo.

How about the G-men? Stephen Gostkowski is celebrating his 31st birthday in Phoenix while Gronk is just…. Well, he’s Gronk. I never had a difficult time talking about the guy until his “soft” appearance in ESPN magazine recently. Ohhhhhhhhh Robert…. I just want to know what bet you lost to have to wear the fur hat!

If you need any other further explanation as to why this weekend is anything short of EPIC – visit www.patriots.com where the cool people go to learn football.

It wasn’t long into the 4th quarter of the AFC Championship that I was ready to book my flight to Phoenix – but smartly waited til the end since I had just seen a miracle happen for Seattle against Green Bay. Unreal. Wouldn’t have believed it if I wasn’t watching it. Just amazing.

But as soon as that clock struck 0:00, flights to Phoenix were booked and all the pieces have nicely come together so far.

HOTEL – CHECK! Nothing fancy needed for the weekend considering there is no ocean front balconies or beaches to hang out on, so just give me a pillow to put my head down after a long night  – or early morning – with my good friends Don and Jose.

GOLF –  CHECK! Got my fingers crossed the weather will hold out for the Grid Iron Tournament hosted by Franco Harris and Lydell Mitchell in Scottsdale, AZ.  I brought my sticks with me since I will be staying through Tuesday and will be looking for a nice spot to play on Monday!

Don’t forget the PGA Tour is hosting the Phoenix Open this weekend as well so I’ll be doing my best to make it out there even just for a few hours – crossing fingers for cooperative weather!

NFL X – CHECK! If you haven’t been to NFL Experience, you don’t know what you’re missing. When I worked on the South Florida Super Bowl Host Committee for SB XLIV, we were fortunate to work with the NFLX folks and attend the event both in Miami and Tampa the year previously. Definitely a must see!

PARTIES – CHECK! You will find me for sure at the Taste of the NFL as well as the Rolling Stones party featuring Steven Tyler and Charli XCX. And of course got a few other events up my sleeve – ya never know where TifDiP is going to show up!

FRIENDS – CHECK!  I may be traveling to Phoenix solo, but that doesn’t mean I’m going to be spending the weekend as such. Got some great friends heading out to meet me and others for the big game – some coming just for the parties on Friday and Saturday, some coming just for a weekend of golf, and some coming for the game. And we all know how much I love meeting new friends!

GAME TICKET – not yet, but looking positive. I’ll worry about that come Saturday – for now, just get me to Phoenix, check in the hotel and hit the town! 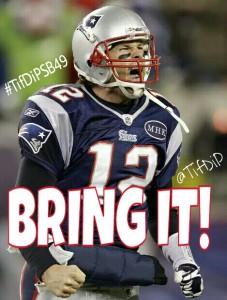 I’m hoping I brought enough back up chargers and batteries because I plan to go full force paparazzi this weekend in Phoenix.

You can follow me on the social sites listed below. We’ll be throwing out a few hashtags to follow the Super Shenanigans throughout the weekend.

#TifDiPTravel for all of my travels, not just #SB49

#TifDiPSB49 just for the weekend

#TasteofTifDiP may even be thrown around during the Taste of the NFL on Saturday, you just never know!

Find me on Tumblr HERE @TifDiP