I’m an old soul who appreciates the greatest tunes from every decade. From doo-wop to motown, to Dillon and the Doors, I love it all.

About three years ago I saw James Taylor and Carole King perform in concert. After seeing close to one hundred events in six years, that show was definitely Top 5. I will never forget how impressed I was with how she danced and grooved across the stage in 6-inch stilettos better than any of my girlfriends could.

Who doesn’t know the words to “You’ve Got A Friend?” Surely it’s been used as the theme song to some sentimental event throughout your life. But did you know it was the legendary Carole King who composed that song?

In fact, I’m willing to bet you didn’t know half of the songs that she is responsible for, mostly due to the fact they were written for some of the best performers of their time including The Shirelles, Bobby Vee, The Drifters, Little Eva, The Beatles, The Monkees and

And how about the all-time famous hit every woman has belted out in the car, shower and probably some random spot on the street about how he makes you feel LIKE A NATURAL WOMAN! Yes, Aretha Franklin sang it, but it was Ms. King who wrote it. 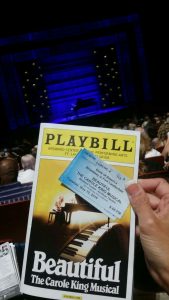 If you enjoy good music and high-energy performers, you are guaranteed to love Beautiful.

The story opens with Abby Mueller (Carole King) singing ‘So Far Away’ at the piano; and if you close your eyes, you would think it was Carole King herself. The depth and tone of her voice mimics the legendary artist impressively well.

The chemistry between the performers is vibrant and connected. You feel like you are part of the show, right there in the middle of the action, with the way they bring the story to life. The costumes and set was executed perfectly to represent the appropriate time period.

Carole King’s humorist sarcasm accompanied by a broken heart provided a mix of emotions as we are taken on the journey through the beginning of her career.

Another notable performer in the show included Carole’s mother, Genie, played by Suzanne Grodner. She pulled off the Brooklyn accent without a hitch, carried herself just as any mother of that time would have, and had a few one liners that will make you LOL.

I must say that I was interestingly impressed with the performance given by Ben Fankhauser who played the role of Barry Mann. His voice was captivating to me and may have mentioned a few times to my girlfriend something about him serenading me sometime… maybe.

I highly recommend this production of Beautiful – The Carole King Musical. Thankfully I was on the aisle so I could sign and dance in my seat without bothering anyone because this music will have you moving! 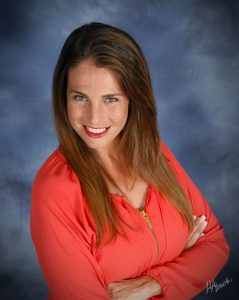